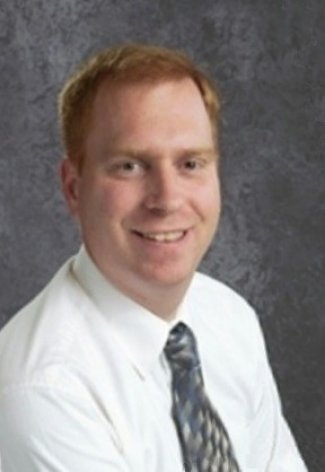 Mr. Bormann graduated from SDSU in December, 1998 with a Bachelor of Science degree in Electrical Engineering. Shortly thereafter, he began employment with Electrical Consultants, Inc. (ECI) at their corporate headquarters in Billings, MT, as a Design Engineer in the Substation Department.

As a Design Engineer, Mr. Bormann worked directly under a Senior Engineer to become familiar with general substation design practices and principles, and was exposed to the various facets of complete substation projects. He learned general layout considerations, site design, how to prepare all of the detailed physical drawings needed to construct a substation and wrote material and construction specifications. He also learned the fundamentals of system protection and control, preparing detailed schematic and wiring diagrams.

Over the following several years, Mr. Bormann rose through the Project Engineer ranks to achieve the position of Lead Engineer, taking on additional project responsibilities and client interface. He gained experience in interfacing with the various engineering disciplines involved in the power delivery industry, from generation, through transmission and ultimately to distribution. He took advantage of opportunities to further his education through participation at industry conferences and seminars. His drive to produce deliverables of the highest quality resulted in him being commonly assigned as QC engineer to projects.

In 2008, Mr. Bormann indicated his desire to leave the Billings area for personal reasons, and ECI agreed to open an office in Mankato, MN in support of his decision. He was responsible for planning the logistics and staffing of the new office, which opened in 2009. Since then he has continued to build multiple project teams, still focused primarily on substation design. He strives to mentor new engineers in much the same way he was when he first started with ECI.

Throughout his career, he has had the opportunity to work on projects ranging from simple distribution substation expansions to major 500 kV switchyards, each one presenting its own challenges. Clients have been varied, from small co-ops to large investor-owned utilities, as well as independent power producers and EPC contractors.

Today, in addition to his General Manger duties, he has regular project responsibilities as Senior Project Manager. He regularly leads multi-discipline projects, coordinating the efforts of system planning and protection, routing and siting, environmental permitting, transmission line design, substation design, SCADA and communications and construction management. He participates on the portfolio management team supporting a major client and sets QA/QC policy for the same. He is a charter member of ECI's corporate Quality Assurance and Project Management Group.

Mr. Bormann became a registered professional engineer in 2004 and is currently licensed in five (5) states.