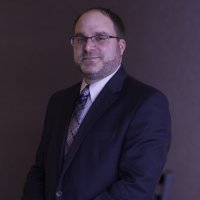 Jake Weaver is a Principal Systems Engineer at Rockwell Collins in Cedar Rapids, Iowa. After receiving his bachelor's degree in electrical engineering from South Dakota State University in 2000, he joined Northwest Airlines. Jake spent a year with Northwest Airlines, serving as the lead avionics engineer for Communications and Fuel Systems.

Jake then transitioned into project leadership, and led the navigation development team for the Thailand C-130 and German CH-53G Helicopter.

In 2011, Jake accepted a role as the FMS and Radio Tuning Team Manager for the KC-390 Avionics Development program. As the leader of this group, he was responsible for schedule and budget performance, along with the technical implementation for the Embraer KC-390 avionics development.

In 2015, Jake accepted a role as a Principal Systems Engineer in Government Systems. In this technically focused role, he serves as the Design Authority and System Architect for Pursuit and Programmatic Activities related to the next generation of Rockwell Collins Flight Decks in Military Applications.

Outside of work, Jake is an active participant in the many activities of his two children. Aside from work and family, Jake enjoys golf, bowling and playing piano.