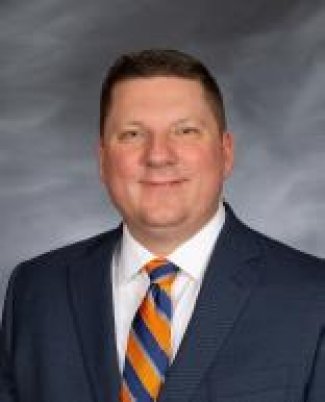 Andy Koob is a project manager in the Electrical Power Department at DGR Engineering in Rock Rapids, Iowa.  Andy received his BSEE from SDSU in 2002.  While at SDSU, Andy completed summer internships at Raven Industries in Sioux Falls, South Dakota, and the Mid-continent Area Power Pool (MAPP) in St. Paul, Minnesota.  Additionally, Andy was awarded a Briggs Scholarship, was active in intramural sports, and worked part-time under Dr. Steve Hietpas at the Center for Power System Studies.
Andy has been involved in the power industry since graduating in 2002.

Initially, Andy began his career as a design engineer for a large consulting firm in the Midwest that specialized in petrochemical and food processing plants.  In 2004, Andy began his career at DGR Engineering as a project engineer.  During his 17 years with the firm, Andy has led his municipal and investor-owned utility clients through generation, transmission, substation, distribution, and long-range planning projects.  Andy is a registered professional engineer in the states of Iowa, South Dakota, Minnesota, and Montana.