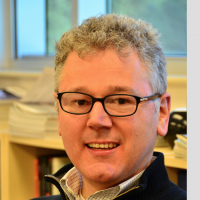 Bacterial Ecophysiology: Bacteria play a major role in biocatalysis on our planet. We know surprisingly little on how the over one million bacterial and archaeal species behave in their diverse natural environments. My lab focuses on growth and survival of bacteria in soil where many bacteria form multicellular conglomerates called biofilms.