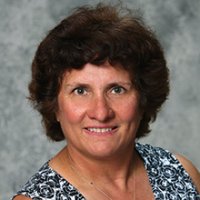 Dr. Clay received a BS in horticulture fro the Univ. Wis. Madison, an MS in plant science from Univ. Idaho, and a PhD in agronomy from the Univ. of Minnesota. She has conducted weed management studies in cropping systems including corn, soybean, wheat, barley , flax sunflower, safflower and rangeland. Studies have included weed physiology, the influence of weeds on crop growth and genomic responses, and site-specific weed management strategies. She has published over 150 scientific articles and has served as editor on several books and associate editor for several journals. She has been co-author of four best papers of the year. She has served on numerous national committees and grant review panels. She was elected American Society of Agronomy fellow in 2009 and served as the president in 2013. In 2017 she was awarded the Gamma Sigma Delta International Distinguished Achievement in Agriculture Award.

EXTERNAL FUNDING
● I have been an author or co-author on grants in several areas to different agencies. Since 1989, I have received $10 M in external grant funds directly to SDSU for weed science and related projects and have been involved with multi-institutional projects that have totaled close to $50 M.