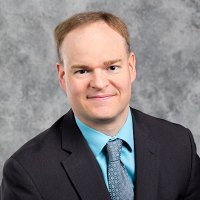 Prior to joining SDSU Extension, I worked as a research project manager with Alltech at the Center for Animal Nutrigenomics & Applied Animal Nutrition in Nicholasville, Kentucky. My research focus was Alltech nutritional solutions for monogastric agricultural animals.

In this new role with SDSU Extension, I am eager to continue pursuing my passion for research and also looking forward to working directly with South Dakota's pork producers.
I developed an interest in swine nutrition as a youth working on farm with my family in Alberta, Canada. I was working in the farrowing rooms of PigPen Hog Farms, a 1600-sow isowean facility, and it occurred to me that there was so much difference between sows at the same stage of production and similar genetics that I thought there has to be something missing nutritionally. This led me to pursue a master's and a doctoral degree in Animal Science from the University of Alberta following my undergraduate degree in Chemistry from the University of Prince Edward Island.

The 1,200-head SDSU Off-Site Wean-to-Finish Production Barn will be stocked from an outside pig source, allowing for production-scale research. The barn is a shower in, shower out facility with biosecurity procedures to reduce disease transmission. Animals will be housed in the facility from weaning to market weight and the barn will be operated as all in, all out. The barn is tunnel-ventilated with a 10-ft. deep pit underneath and set up according to commercial pork industry standards. The building contains 52 pens, arranged with four rows of 13 pens per row. Approximately 25 pigs will be housed per pen, providing 9 sq. ft. per pig space when stocked at 1,200 head. A pen scale in the middle of the barn allows pig weights to be gathered from one pen at a time with minimal handling effort. Dedicated water lines allow for up to four separate water treatments to be investigated. A feeding system from Feedlogic provides up to six different dietary treatments in the barn as it automatically moves and delivers the correct diets throughout the facility on ceiling-mounted rails.