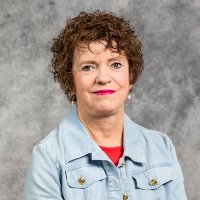 Melinda (Mindy) Tinkle, PhD, RN, WHNP-BC, FAAN joined the SDSU College of Nursing in summer, 2019 from the University of New Mexico College of Nursing where she served as Chair, Research and PhD Studies. Prior to her work at UNM. Dr. Tinkle worked for about a decade at the National Institutes of Health where she led the NINR/Georgetown Summer Genetics Institute and with the Center for Scientific Review as a Scientific Review Officer managing the nursing study sections. Dr. Tinkle's research and clinical background is in women's health with a special focus in clinical genetics. She is a certified women's health nurse practitioner and currently serves as the immediate past president of the International Society of Nurses in Genetics. Dr. Tinkle was inducted into the American Academy of Nursing as a Fellow in 2013.