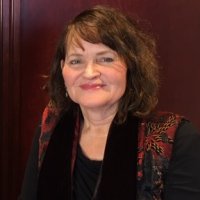 Children at risk: child maltreatment, intimate partner violence, and trauma; as well as protective factors such as attachment and culture.