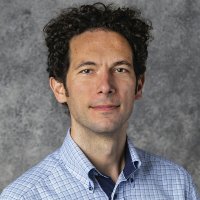 I received the M.S. degree in Aerospace Engineering at Università degli Studi di Palermo in 2001. In 2008 I completed the Ph.D. degree in Mechanical Engineering at Rice University under the supervision of Prof. Angelo Miele. From 2010 to 2014, I was awarded of the U.S. National Research Council Research Fellowship. In that period, my research activities were carried out at the Spacecraft Robotics Laboratory of the Naval Postgraduate School, Monterey, CA. The main research project involved the design, development, and testing of a suboptimal guidance strategy for spacecraft proximity maneuvers. I am now Assistant Professor at South Dakota State University in the Mechanical Engineering Department. As director of the Aerospace Robotics Testbed Laboratory (ARTLAB), my current research interests include: robotics, nonlinear control, optimal control, spacecraft GNC, small satellites.