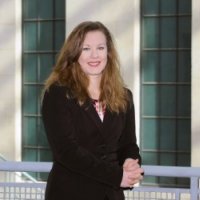 I am an Assistant Professor of Political Science in the School of American and Global Studies at South Dakota State University. I also serve as the advisor for the Legal Studies minor and Pre-Law Society.

I received my PhD in Political Science from Kent State University in August 2016 and served as a 2015-2016 American Political Science Association Congressional Fellow. My fellowship placement was as a legislative assistant for Representative Daniel Lipinski (D-IL-3). I covered education, agriculture, government operations, campaign finance reform, voting rights, and Native American policy. I also worked with the Science, Space, and Technology Committee and the STEM Education Caucus.

Judicial and Congressional Politics and Behavior

"Responses to Congressional Court-Curbing by the Justices of the Supreme Court," Annual Meeting of the Midwest Political Science Association (April 4-7, 2019; Chicago, Illinois).

Access to Justice Denied: Civil Gideon and the Right to Counsel for Indigents (with Christopher P. Banks) Lexington Books (Manuscript Due January 2021)

"Explaining Gender Differences in Legislative Effectiveness: An Examination of Committee Request Success and Bill Sponsorship in the U.S. House"

“The Motivating and Constraining Factors of Congressional Court-Curbing Bill Sponsorship”

“The Strategic Use of Clear Statement Rules by the U.S. Supreme Court in Federalism Cases” (with Christopher P. Banks)

“Process Federalism in Statutory Construction Cases: The Political Representation of the States by the Rehnquist and Roberts Courts” (with Christopher P. Banks)

"The Cost of Indigence Under Legal Recovery and Public Defender Systems" (with Christopher P. Banks)

-"Checks and Balances or Tug of War?: The Separation of Powers During the Obama and Trump Administrations" Address for the Iowa State Association of County Auditors (ISACA) Annual Summer Conference (July 13, 2017)

-"A Week in the Life of a Staffer in the U.S. House of Representatives: An Inside Look at Committee Politics, Lobbying, and Policymaking" Keynote Address for the Iowa State Association of County Auditors (ISACA) Annual Summer Conference (July 12, 2017)