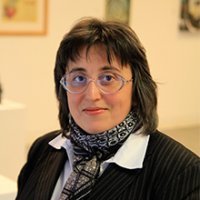 Dr. Cempellin’s Research Doctorate dissertation (completed 2003, defended 2004), an interdisciplinary study, reconstructed a cross-section of the cultural climate in Germany that explains the controversial reception of American Photorealism at Documenta 5. This poststructuralist narrative weaved elements of cultural history with the various and sometimes discordant voices of the curators, some of the artists, and the press. The work included extensive research at the Documenta Archiv; Harald Szeemann and Jean-Christophe Ammann were interviewed as well.

Over the years, Dr. Cempellin has been building solid interdisciplinary skills, culminating in the publication of the monograph titled The Ideas, Identity and Art of Daniel Spoerri: Contingencies and Encounters of an ‘Artistic Animator’ by Vernon Press (2017), the first US monograph on this foremost European artist published in the United States. The background research for this monograph included several visits to the Spoerri Archives at the Prints and Drawings Department, Swiss National Library in Bern. In his book review for the vol.25.1 issue of Modernism/Modernity in 2018, Dr. Roger Rothman stated that “Cempellin’s book is cleverly structured. Rather than frame Spoerri’s career within the confines of his renowned tableaux-pièges, the book focuses its attention on the artist’s insistently collaborative process (…). The challenge, then, is how to properly track the career of an artist for whom the work of others is inextricably woven into its fabric. Cempellin takes on the challenge by providing details not only of Spoerri’s work, but of the many artists and writers with whom he collaborated” (202-203).

Besides her scholarly work in late modernism, Dr. Cempellin has been one of the pioneers of SoTL in art history, contributing to a few interdisciplinary journals since 2011 and then contributing to the inaugural issue of AHPP (Art History Pedagogy and Practice, first SoTL journal for art history) in 2016 and to the special issue on SoTL-AH in 2020. Dr. Cempellin teaches lower- and upper-division art history courses. She has received recognition by several Honors students for her contribution to their educational experiences.