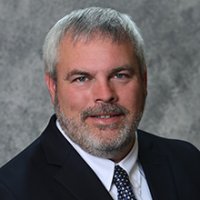 Dr. Cassady is Professor and Head of the Department of Animal Science at South Dakota State University. He was raised on a diversified family farm in southern Iowa, earned a BS in Animal Science from Iowa State University, and earned MS and Ph.D. degrees in Animal Science from the University of Nebraska. Upon completing his Ph.D., Dr. Cassady worked as a research associate with the USDA ARS US Meat Animal Research Center in Clay Center, NE. He spent 12 years on the faculty of the Department of Animal Science at North Carolina State University earning the rank of Professor. He is a past-president of the National Swine Improvement Federation Board of Directors, and he served in a volunteer role as the Executive Director of the Beef Improvement Federation from 2009 to 2015. Dr. Cassady’s research focused on food animal genetics and genomics with special emphasis on the improvement of efficiency of production as it relates to pigs and beef cattle. Dr. Cassady, his wife, Dr. Beverly Shelbourn, DVM, and their two sons, Joseph and Cody, live in Brookings County, SD.

Dr. Cassady is interested in academic administration.
Teaches AS 119 and AS 120

Dr. Cassady serves as the Head of the Department of Animal Science