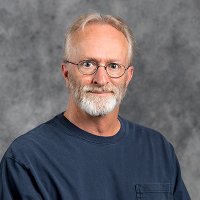 J.D. Ackman, is Professor and Director of Theatre at South Dakota State University. He has been on the faculty since 1993. J.D. holds an MFA in Acting from the University of Montana (1984). He currently oversees SDSU’s State University Theatre program and serves as Managing/Artistic Director for SDSU’s Prairie Repertory Theatre. J.D. has performed in or directed over 150 theatre productions. He has taught more than a dozen different courses during his tenure at State. While he enjoys his administrative duties, he most enjoys working with his students in rehearsals and in the classroom/studio and interacting with theatre patrons. J.D. lives in Brookings with his wife and son.