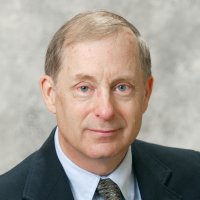 Professor of Geography and History, hired in 1990; retired in May 2011 with previous service at SDSU from 1983 to 1986. Employed as a seasonal ranger-naturalist at Sequoia National Park, CA, during summers of 1970, '71 and '72. Served in U.S. Army from 1966 to 1969, Vietnam war veteran (1967-68). Served as Secretary-Treasurer of the Great Plains-Rocky Mountain Division of the Association of American Geographers from 1994 to 2008. Faculty sponsor for the Delta Zeta Chapter of Gamma Theta Upsilon since 1994 to present. Professor Berg instructed courses principally in physical geography, world regional, environmental disasters and hazards, with seminars in regional geography, transportation, energy, and illegal drugs, plus history of the American West and American Indian history and culture. He also provided orientation sessions for the International Partnership for Service-Learning students for over 15 years.

Current work is focused on the historical geography of the Dust Bowl era in northern Great Plains and development and significance of the American Indian Reservation (A.I.R.) system in SD.