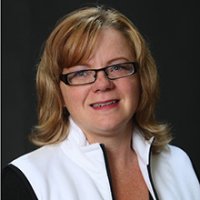 Crystal Levesque was born and raised on a broiler and mixed grain farm in central Saskatchewan, Canada. She completed her PhD at the University of Alberta in amino acid metabolism during pregnancy followed by post-doctoral training at Prairie Swine Center (pig as a model) and University of Guelph (energy and amino acid metabolism) prior to accepting a position of Assistant Professor of monogastric nutrition at South Dakota State University. Her main research interests are protein and amino acid metabolism during pregnancy and maternal nutritional influence on offspring growth and development. She is actively involved in collaborative research on the impacts of alternative feeds and dietary additives on piglet growth, immune function, and gut health post-weaning and the use of the pig as a model for human health. Crystal is an active member of the American Society of Animal Science and the American Society of Nutrition serving on various organizing committees. In her spare time she enjoys gardening and landscaping and playing with the grandchildren. She lives with her husband in Brookings, SD.

Dr. Levesque’s research program is focused on two primary areas: 1) defining maternal nutrient requirements to optimize offspring pre- and post-natal development and 2) impacts of alternative feeds and dietary additives on piglet growth, immune function, and gut health post-weaning. Nutrient supply to the sow plays a critical role in fetal programming and post-natal offspring health. Improvements to maternal nutrient supply to enhance fetal development has the potential improve overall pork production efficiency by reducing piglet mortality, and hence increasing market pigs sold, without an increase in sow numbers or litter size. Providing optimal sow nutrition can also help to limit environmental impact of pork production by more closely matching nutrient supply with nutrient demand resulting in lower nutrient excretion. The use of alternative feeds and feed additives in swine diets to maintain, and enhance, young pig health are of increasing importance because the cost, and availability, of traditional high quality feedstuffs (i.e. fishmeal, animal products) are becoming prohibitive. Further, feed additives are increasingly included in diets as a means to support, and enhance, immunological status and gut health of the young pig as stricter limits of the use of antibiotics are implemented. However, on-farm benefits of feed additives are often highly variable. Insights into the biological mechanisms of alternative feed ingredients will assist in optimal dietary inclusion for maximum benefit.