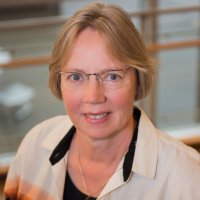 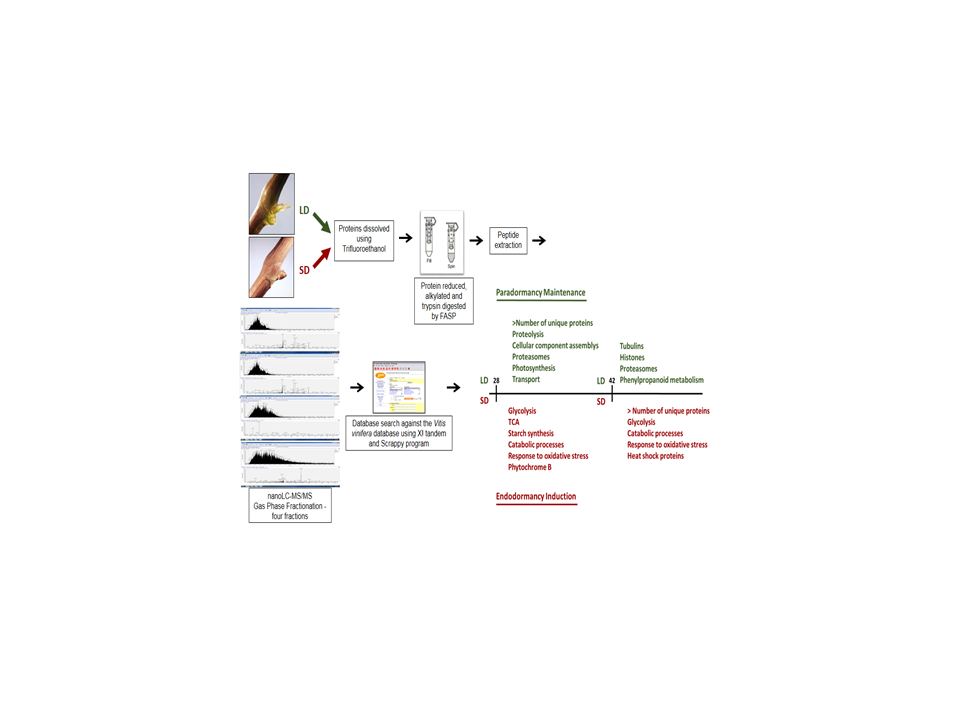 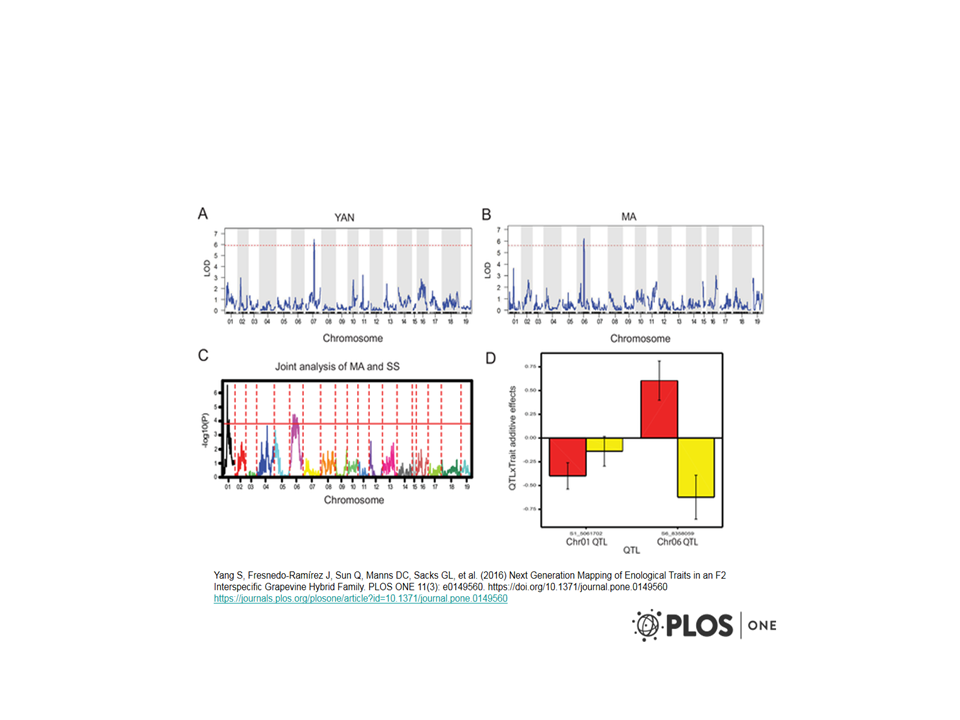 This study presents a protocol for and the first construction of a F2 genetic map by single nucleotide polymorphisms identified through genotyping-by-sequencing (GBS) technology. This map was used to interrogate fruit quality and provides the first yeast assimilable nitrogen associated QTL and candidate genes for exploration of this trait. Joint analysis of malic acid and soluble solids identified major QTL and first identification of 14 candidate genes within the region. 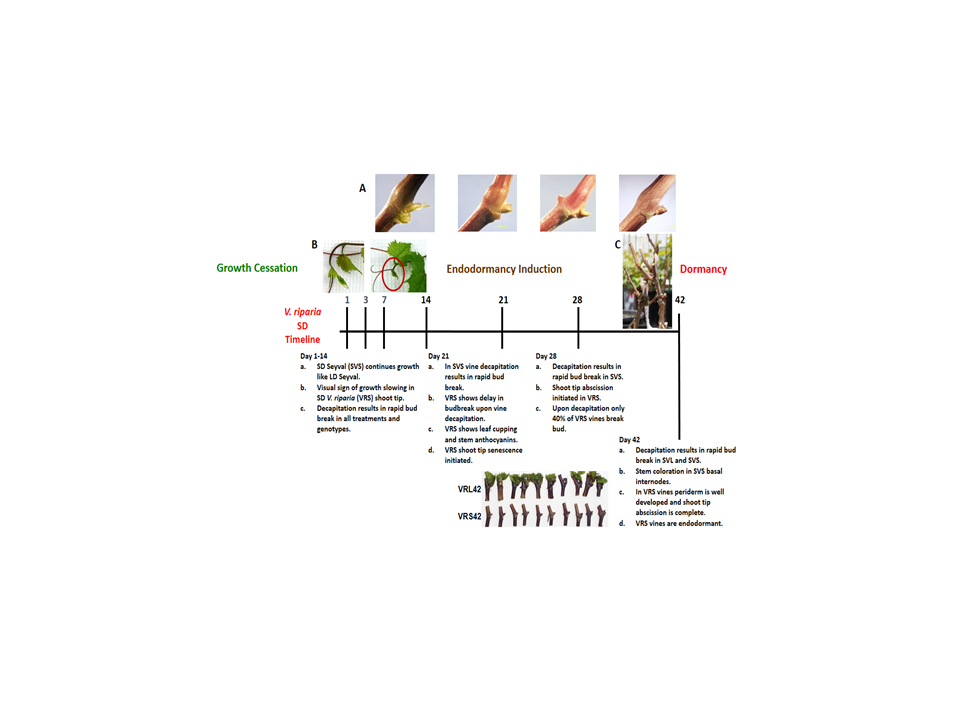 Bud dormancy is an integral component of growth cycling, productivity and winter survival in perennial plant systems. It is an adaptive strategy for the survival of drought, high temperature, low temperature, and freeze-dehydration stress. In a changing climate timing of dormancy induction and release are critical for sustainable production. Dormancy is not a static state, rather a dynamic phase of plant development that impacts the geographical range, yields and management strategies of many woody species, including grapevines (Vitis). My lab’s research programs are focused on the genetic, physiological and phenotypic aspects of grapevine bud dormancy, cold hardiness and chilling fulfillment. Specifically, to identify genes, pathways, and genetic architecture which impact sustainable production of grapevine and other perennial systems. This knowledge is key to marker assisted selection of new materials, and identifying existing cultivars that are well-adapted to changing northern temperate environments and development of management strategies for sustainable production.