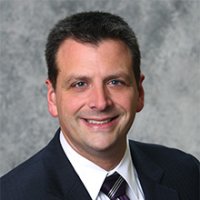 Associate Professor of Voice, Music Education, and Conductor of the SDSU Statesmen

Dr. Andrew Robinette is an Associate Professor and the Associate Director of Choral Activities in the School of Performing Arts at South Dakota State University. He teaches conducting, choral methods, applied voice, voice methods, and conducts the SDSU Statesmen. Robinette has taught at the collegiate level since 2003, previously serving on the faculties of Temple University, Bloomsburg University of Pennsylvania, and as the choir director at Philadelphia University.

An active scholar and performer, Robinette regularly presents his research at state, regional, national, and international conferences. National presentations include the National Collegiate Choral Organization, American Choral Director’s Association, Music Teacher’s National Association, and National Association of College Wind and Percussion Instructors among others. Most recently Robinette sang a lecture recital on Meyerbeer’s Hirtenlied at the national conference for the National Association of College Wind and Percussion Instructors and conducted a performance of Davies A Short Requiem in a lecture recital at the international conference for the modernist society, the Space Between. As an editor and author, Robinette is the Associate Editor for Submissions of The Choral Scholar, the journal of the National Collegiate Choral Organization. He has published several articles, reviews and columns including placements in Choral Canada’s Anacrusis, The Choral Scholar, and Melisma.

A sought-after clinician and guest conductor Robinette has worked with choirs across the country in Alaska, South Dakota, Minnesota, Nebraska, Pennsylvania, New Jersey, New York, Delaware, Virginia, North Carolina, and South Carolina. Recent conducting engagements include the Alaska Region Five Honor Festival, the South Dakota Music Educators Association Freshmen Festival, and a residency with Syracuse University where he conducted the Hendrix Chapel Choir in concert. Under his direction, the SDSU Statesmen have toured nationally and internationally and performed concert sessions at multiple state conferences including South Dakota ACDA. In both 2015 and 2019 the Statesmen were invited to be a featured concert at the Canadian Museum for Human Rights in Winnipeg.

In addition to his collegiate teaching experience, Robinette previously taught at West Catholic High School and Cardinal Dougherty High School in Philadelphia (PA.) He is currently the President of the South Dakota Chapter of the National Association of Teachers of Singing, the Church and Community Choir Repertoire and Resource Chair for the South Dakota American Choral Directors Association, and choir director at Hope Lutheran Church, Sioux Falls (SD.)