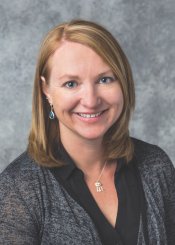 Dr. Kristi Cammack serves as the director for West River Research and Extension at South Dakota State University (SDSU) and the director of the Center of Excellence for Bison Studies.  She received a B.S. in Animal Science from SDSU in 1999, an M.S. (2001) from the University of Nebraska-Lincoln and a Ph.D. (2006) from the University of Missouri in Animal Breeding and Genetics.  Kristi served as a faculty member in the Animal Science Department at the University of Wyoming (UW) for ten years before coming to SDSU.  During her tenure at UW, Kristi led a research program focusing on genetic and microbiome influences on ruminant livestock performance.  She also taught undergraduate and graduate courses at UW and advised numerous M.S. and Ph.D. students.  In her role at SDSU, Kristi serves to facilitate research and outreach activities in West River, and oversees facilities and personnel to support those activities.  She recently expanded her role at SDSU to include serving as the director for the newly developed Center of Excellence for Bison Studies. 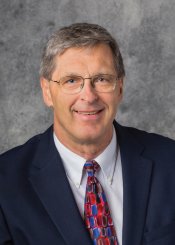 Dr. William Gibbons is currently serving as the associate director of the Agricultural Experiment Station at South Dakota State University and associate dean for research for the College of Agriculture, Food and Environmental Sciences. Dr. Gibbons received his Ph.D. from South Dakota State University in 1987 in the fields of Agronomy and Microbiology. Upon receiving his Ph.D., Dr. Gibbons joined the Biology/Microbiology Department as an industrial microbiologist and achieved the rank of professor in 1997. In addition to teaching several courses and advising students, he developed a highly productive research career focuses on using microorganisms to develop value-added products from agricultural materials as replacements for petroleum-based products. Dr. Gibbons has published over 130 referred publications, 320 presentations, three patents, and several patent applications. Dr. Gibbons served as the associate director of the Center for Bioprocessing Research and Development from 2006-2013 and director of the South Dakota Oilseeds Initiative since 2012. Dr. Gibbons has received various awards including: 2007 Distinguished Researcher of the Year for the College of Agriculture and Biological Sciences, the 2011 Gamma Sigma Delta Researcher of the Year, the Pat and Jo Cannon Intellectual Property Commercialization Award in 2011 and 2012, and the 2014 FO Butler Award for Excellence in Research. Dr. Gibbons was named a Distinguished Professor at SDSU in 2018. 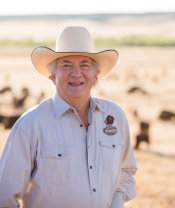 Dave Carter serves part-time as executive director of the 1,200-member National Bison Association, where he works to strengthen production and marketing systems for North American bison. He was a leader in the six-year campaign that resulted in bison being designated as the National Mammal of the United States. In 2014, he worked with the InterTribal Buffalo Council to establish a formal Memorandum of Understanding among the two organizations. Also, in 2014, U.S. Agriculture Secretary Tom Vilsack appointed Dave Carter to the USDA Agricultural Trade Advisory Committee for Livestock and Livestock Products. He was reappointed to the committee by Agriculture Secretary Sonny Perdue last year. Dave Carter has a long history in sustainable and regenerative agriculture, having served as chair of the USDA National Organic Standards Board from 2001-2003.

Dr. Dave Hunter has served as the veterinarian for Turner Enterprises, Inc and Turner Endangered Species Fund since October 1998. Dave initiated his undergraduate work at New Mexico State University and received his B.Sc. in 1974 and Doctor of Veterinary Medicine degree from Washington State University in 1976. He then attended an internship at the Animal Medical Center in New York, NY. After leaving private practice in Seattle, WA, Dave was the Wildlife Veterinarian with the California Department of Fish and Game from 1986 to 1989. From 1989 to 1998, he continued his wildlife career as the Wildlife Veterinarian for Idaho working with the Idaho Departments of Fish and Game and Agriculture. He has conducted research on wildlife health issues on many avian and mammalian species. He is currently affiliated as an Adjunct Professor at Texas A & M University and Associate Professor of Research at Boise State University, University of Idaho, Montana State University. He is a founding member of International Wildlife Veterinary Services, Board of Directors International Wildlife Health Institute (IWHI), Board of Directors Friends of Peace Parks and EnviroVet. He is also past president of the American Association of Wildlife Veterinarians.  Dave has served as a Board Member for the National Bison Association (NBA) and is currently head of the NBA Science and Research Committee.  He is a member of the IUCN Species Survival Commission, Veterinary Specialist Group and Bison Specialist Commission.  Dave also worked with Dr. Mandela’s Peace Parks initiative in South Africa.  He has written several book chapters and author on many peer-reviewed publications. He lectures throughout the world on disease, immobilization, welfare and health concerns of wildlife.  Currently he is involved in many health issues at the interface between ecosystems, wildlife, livestock and humans referred to as “One World Health”. 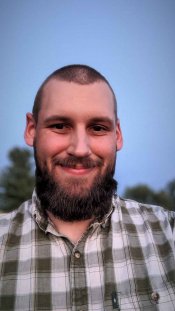 Dr. Jeff Martin is the director of research for the Center of Excellence for Bison Studies at the West River Research and Extension Center in Rapid City, SD. His research is interdisciplinary across wildlife biology, climatology, and human dimensions to answer questions of wildlife conservation and production in a changing world. Jeff’s research on bison is at the nexus of two paradigms: changing climate and changing cultural values. His goal is to merge understanding of conservation science with direct stakeholder engagement to improve conservation for wildlife across working and natural lands. He explores both direct and indirect drivers and consequences of body size change using bison from the Great Plains as a focal species. Jeff’s research aims to include bison manager interests that represent these diverse sectors of private, public, Tribal, and NGO bison herds.

Dr. Lora Perkins is an associate professor in the Department of Natural Resource Management and an affiliate associate professor in the Department of Agronomy, Horticulture and Plant Science at South Dakota State University.  She is the creator of the Native Plant Initiative at South Dakota State University.  Her expertise is in the control of invasive plants and restoration of native plants. She has research published on Bison diet and has mentored graduate students involved in Bison research. Dr. Perkins serves on the editorial boards at Rangeland Ecology and Management, Restoration Ecology, and Biological Invasions.

An enrolled member of the Rosebud Sioux Tribe (Sicangu Lakota), Phil Baird has professional experiences working in education, agriculture, economic development, and Tribal gaming.  He earned his degrees from South Dakota State University and Iowa State University. Phil is recognized as an SDSU Distinguished Alumni (Service to Education). As an SDSU graduate, he was employed as the Natural Resources Extension program director before serving as a vice president at Sinte Gleska University. Phil worked in a variety of positions including as the 1994 land program director and as academic vice president at United Tribes Technical College (UTTC) in North Dakota.  He navigated UTTC through a succession transition as interim president in 2014 before stepping down after 30 years at UTTC. In 2016, Phil returned to the Rosebud Sioux reservation to serve as SGU Provost/COO. His national leadership experience comes from being involved with different Tribal and non-Tribal organizations. He is a former board member of the Farmers Legal Action Group, Inc. of Minneapolis, MN. He is a past policy director representing 1994 land grant institutions on the Board of Agricultural Assembly for the Association of Public & Land-grant Universities.

In 2020, Dr. Murray Woodbury retired as an associate professor and Agri-Food Innovation Fund Specialized Livestock Research Chair at the Western College of Veterinary Medicine (WCVM), University of Saskatchewan. His duties as chair were to coordinate and perform basic and applied research into the determinants of health in specialized livestock, mainly bison, deer, and elk. Murray remains active in the North American bison industry as a consultant to the US National Bison Association, the Canadian Bison Association, and their members. He is enthusiastic about conveying existing and new information to producers, veterinarians, and other researchers 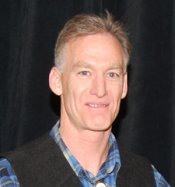 John Flocchini grew up in California and has been taking care of his family’s bison ranch in northeast Wyoming since graduating with his bachelor’s degree in agriculture in 1980 from Cal Poly State University, San Luis Obispo, CA.  His father and grandfather purchased the Durham Ranch in northeast Wyoming in 1965 with the vision of selling bison meat through their California meat operation known as Durham Meat Company.  The Durham Ranch is one of the oldest and largest bison operations in existence today. As well as managing the bison ranch, John also serves as the current president of the Powder River Energy Corporation Foundation, whose mission is to lend a helping hand to those in need in northeast Wyoming.  John is also a founding board member of the National Buffalo Foundation where he currently serves as secretary and is active on several bison industry committees.

Dr. Angela Pillatzki is an associate professor in the Veterinary and Biomedical Sciences Department at South Dakota State University and a board-certified veterinary pathologist at the Animal Disease Research and Diagnostic Laboratory at SDSU. She has over 15 years’ experience in veterinary diagnostics, which includes disease investigations in both public and private bison herds. Dr. Pillatzki’s expertise is in infectious diseases of food-producing animals, and her research has focused on the study of disease pathogenesis and prevention. Through the Center of Excellence for Bison Studies, her goals are to facilitate greater understanding of the normal biology of bison, the unique biological responses of bison to disease conditions, and the impact of disease on bison herd health and management. 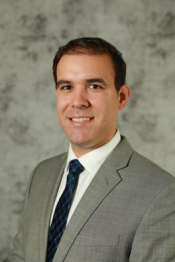 Melissa Berns-Svoboda is a member of the Alutiiq Tribe of Old Harbor and serves on the InterTribal Buffalo Council Board of Directors representing member tribes in Region 3 (Alaska, Idaho, Montana, Utah and Washington).  Melissa manages the Sitkalidak Island Bison Herd on behalf of the Old Harbor Alliance Inc. on Kodiak Island in Alaska.  She leads research, development, harvest, and educational initiatives for the newly established herd with the goal of expanding the herd with the least amount of impact on the native landscape and species to provide for future generations.

Mimi Hillenbrand has been running the 777 Ranch for the family for 15 years and has worked on the ranch since she was a child. It has always been her dream to run a ranch in the west. She has always had a passion for the land and all that lives there. Mimi completed her undergraduate studies at The University of Montana and received a bachelor's degree in Wildlife Biology and a master’s degree in Agricultural Sciences from Colorado State University. She has studied holistic management and has been practicing it for over 30 years. Mimi has the best outdoor office, works with amazing people, and loves the bison and land, which teach her something new every day.

Jaci Delbridge received her bachelor’s degree from Black Hills State University in 2013. She is currently with SDSU's West River Research and Extension in Rapid City, SD, as the Senior Secretary for the center and the Support Staff for the Center of Excellence for Bison Studies. Jaci learned her work ethic and values from the small ranching community where she grew up.