To increase and distribute agronomically superior varieties of seed

The South Dakota Foundation Seed Stocks Division, Inc. (SD FSSD) was organized in 1944 and incorporated in 1945 as a nonprofit corporation. The purpose of SD FSSD is to increase and distribute agronomically superior varieties of seed and propagating materials released by the South Dakota Agricultural Experiment Station, ARS/USDA and other agricultural experiment stations for the benefit of South Dakota agriculture and the citizens of this state. In addition, storage is provided for a reserve of pure seed stock materials. The entire operation is financed through the sale of seed. An eleven-person board directs the organization. Six directors hold positions on the board by virtue of their administrative position at the university. Five members are nominated by the South Dakota Crop Improvement Association (SDCIA) and a manager is hired who also serves as secretary-treasurer and is a staff member of the Plant Science Department. The SD FSSD operates under a memorandum of understanding with the SDSU Agricultural Experiment Station (AES), SD Crop Improvement Association and the SD Seed Trade Association (SDSTA).

Breeder seed developed and supplied to the FSSD is increased by FSSD, inspected by the SDCIA and distributed as Foundation seed to SDCIA members and Seed Trade members on an established priority basis. Annual production of approximately 1,000–1,200 acres of small grains, flax, millet, corn, soybeans, grasses and alfalfa are increased by FSSD. Any profits realized are used to support grants requests from the university for varietal research and development. A close working relationship is maintained between FSSD and public research programs.

The office, conditioning plant and warehouses are located on the SDSU campus in Brookings and are operated by two full time employees, a part time secretary, and three student workers in addition to the manager. All production is conditioned, packaged and distributed from the FSSD Seed Plant in Brookings. 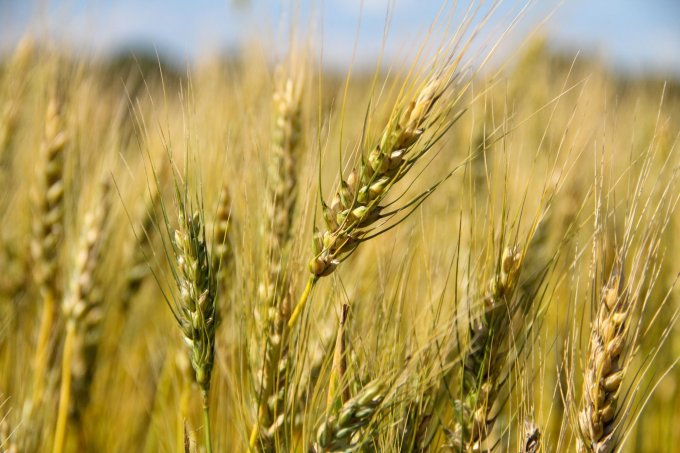 Serving as the source of dozens of wheat and oat varieties, the SDSU College of Agriculture, Food and Environmental Sciences plays an integral role in producing certified crop seeds for public use.